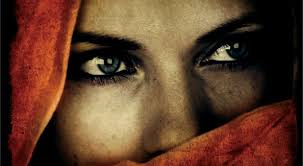 I was surprised when the assigned lectionary reading for today happened to be John 8: 1-11. I was surprised because in many Bible translations, it is relegated to a “footnote”. It’s authenticity is questioned by many biblical scholars.

BUT, it is one of my favorite stories of Jesus.

A woman caught adultery was brought to Jesus by the scribes and Pharisees. Their tone of self-righteous and treacherous spoke through the words they chose.

“Teacher, this woman was caught in the very act of adultery. The law of Moses commanded us to stone such women! Do you agree?”

Their intent was clear. They wanted to “trick” Jesus. Their resentment and fear of him was palpable. He threaten not only their status but their very identity.

Jesus responded by bending down and writing in the dust. What it was that He wrote has been lost in the winds of time. “Jealousy”, “Envy”, “Deceit” …  They continued their accusations. He was unmoved. Finally Jesus stood up and said, “Let anyone who is without sin cast the first stone.” (v. 7b) Then He bent down and resumed writing. “Anger”, “Hatred”, “Cheating”, “Stealing”, …

This time they noticed. One by one they dropped their stones and faded away.

Jesus asked, “Woman, where are they? Has no one condemned you?”

The church has been called judgmental and hypocritical by those outside its walls. Too often, they are right. But when we take Jesus seriously, when we are true to His teaching of the gospel that the disciples spread throughout the known world, we become living glimpses of grace.

Lord, make me into a better reflection of Jesus, my Lord. Amen.

One thought on “Glimpses of Grace: “Be Careful on Judging””